Emotional, sexual, and financial abuse rank highest in terms of the most frequent abuse that elders in our country face.

Below, you will learn about these forms of abuse and briefly review the findings of several nursing home abuse case studies discussing these topics.

If you have more questions after reviewing my research, use the contact form on this page to schedule a free consultation with me.

5 – What Can We Learn From A Nursing Home Abuse Case Study?

6 – Get Help With Your Nursing Home Abuse Case

Today there are over 50 million people in the US who are over the age of 65 and this number is expected increase to nearly double what it is today. 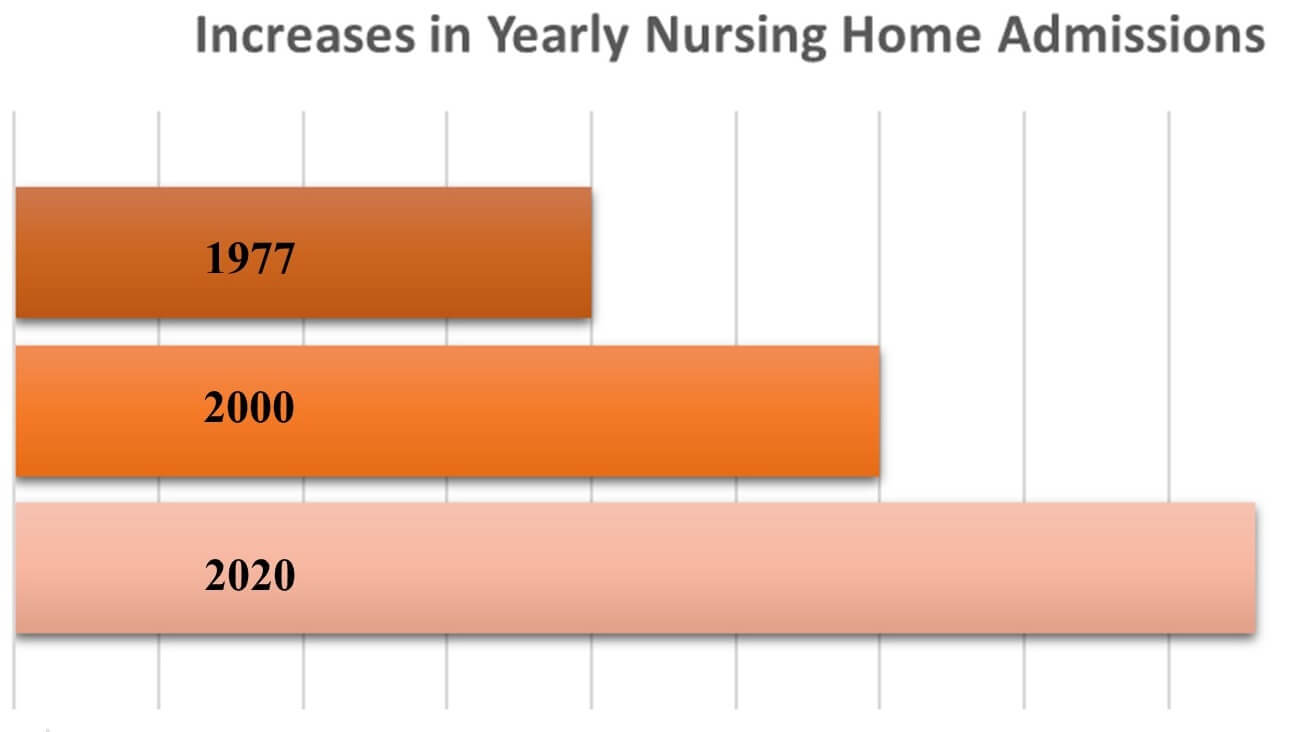 As the population ages, so will the number of people who live in nursing homes.  This number has already increased over the years with a 27% increase just between the 1970s until 2000.

Even since then the population has increased with nearly 2.5 million individuals spending some time in a nursing home in the last 2 years alone.

This does not mean that there are necessarily more nursing homes now, but instead that existing nursing homes are getting larger.

This increase in size of nursing homes often means a decrease in quality of care as staffing needs do not keep up with nursing home size and number of residents.

The Problem of Abuse

There has been an increase in abuse in nursing homes.

Abuse can come in many forms and nursing home abuse case studies frequently show that the problem is a silent one.

This means that the high levels of abuse identified each year is likely an underestimate of the actual abuse that occurs every year.

Case studies related to nursing home abuse help us to understand that the extent of the problem may be far worse than we know, and also allows we must be more vigilant towards the warning signs that abuse may be taking place.

Case studies are performed both on a state level as well as a national level.  Many studies also look into the issue of abuse at the international level and one common thread within them has been that abuse is not only under-reported, but that it is not only abuse in the conventional notion of physical abuse.

Another major problem with nursing home abuse cases is that on the medical and academic side there are multiple research studies that show high levels of actual and potential abuse, but that this is not mirrored in practice, policy and accountability.

Nursing homes for example are not consistently cited for abuse.  In a four year nursing home data compendium of this problem it was found that some stated reported, or cited, for deficiencies and abuse at a rate of 1.9 percent to 5.8 percent but that no state cited above 5.8.

This reporting rate does not match the findings on nursing home abuse case studies which show the importance of reading such studies to understand the problem of abuse, and that the actual problem is often being overlooked.

What is even more concerning is that in some years, as many as a dozen states report no cited instances of abuse in nursing homes in a year, which is incredibly unlikely according to decades of nursing home abuse case studies showing otherwise. 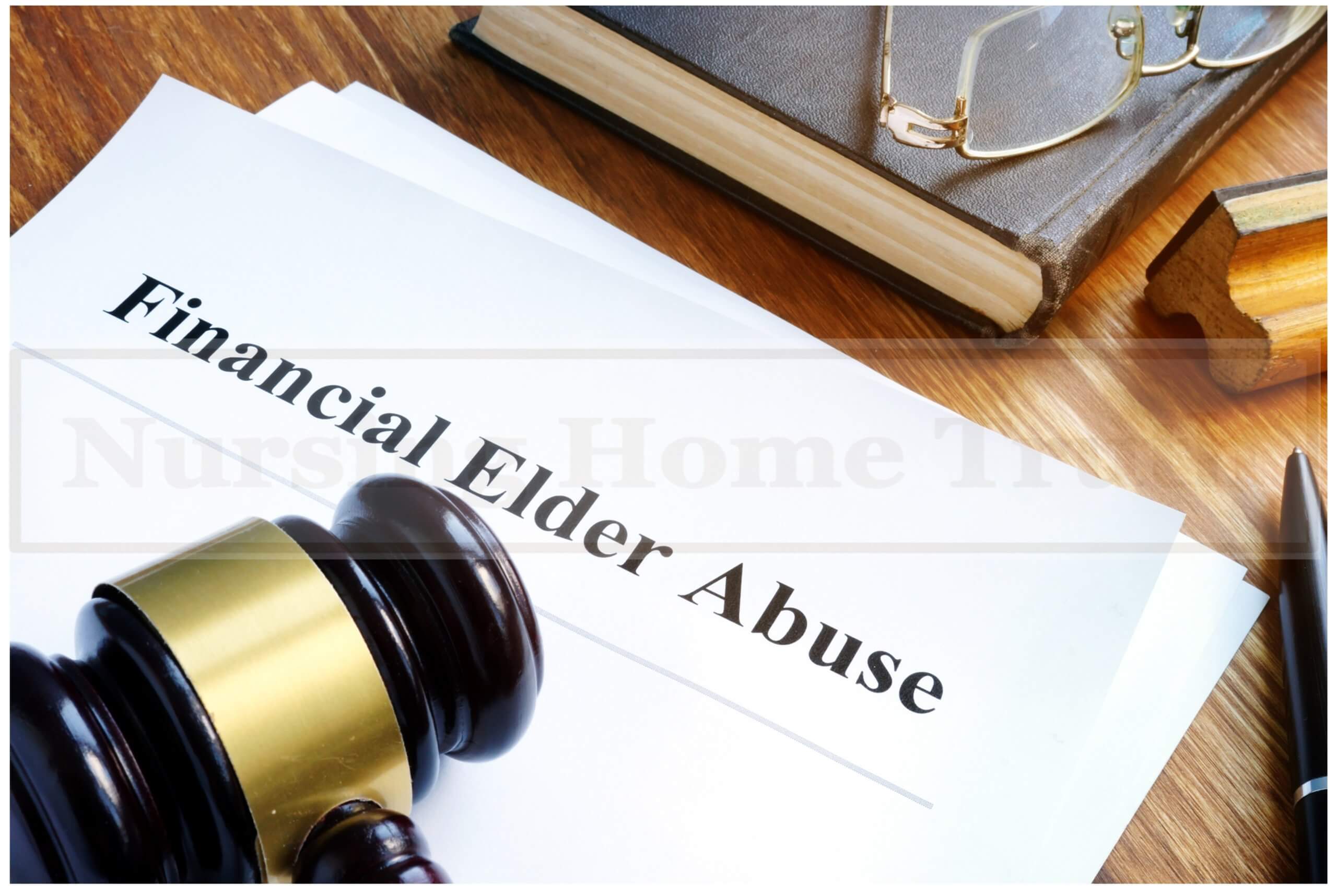 Abuse often comes in many forms at once. A person may for example be the victim of financial abuse and that is then accompanied with neglect or physical abuse, and many victims suffer in silence, particularly when multiple forms of abuse are present.

A case study that focused on states including California found that elderly people often become victims of financial abuse.

This is because of characteristics that are commonly found in an older individual, including reduced physical and cognitive capabilities.

These increase the risk of abuse and even when the elderly individual is well aware of the fact that they are being financially abused, the case study showed that they will not say anything.

The reasons for this include:

◊ The Relationships with Perpetrators that the Elderly Individual Has

◊ Lack of Knowledge of Senior Resources and Programs

◊ Fear in the victim that if they report then it will involve the legal system, which will trigger guardianship proceedings and nursing home placement

◊ Fear that court intervention will not prevent further abuse or retaliation

For authorities who want to help, this nursing home abuse case study found that there is often difficulty in determining if abuse had occurred, and that even when abuse is identified, it is not easy to help because of impediments to prosecution and civil litigation as well as a lack of resources and few legal protections that are in place.

Notably, when the abuse happens in a nursing home and results in substantial injuries, there is a better chance at helping.  This is because nursing homes have deep pockets and can be forced to pay for its bad acts, with the help of proper legal assistance.

The case study ultimately looked at 80 specific cases in the case study and found that out of the 50 that lived in nursing homes anywhere from 20% to 32% were victims of sexual abuse.

The breakdown of the sexual abuse by age showed that it was evenly split with 50% of the abuse happening to women in the 70-79 age range and another half in the 80-89 age range.

The fate of the women was also tracked by the case study which found that 16% of the women were relocated after the abuse and 12% received treatment for the abuse, and that 12% continued to be at risk of further sexual abuse.

What Can We Learn From A Nursing Home Abuse Case Study?

A nursing home abuse case study is not always about physical abuse, but can also be about financial abuse as well as many other forms of abuse such as emotional or sexual abuse.

Nursing home case studies have looked into these with detail and found that different kinds of abuse happen at different rates and in different scenarios, like the higher chance of medical conditions like dementia being found with many sexual abuse cases.

Emotional abuse can take many forms.  One common one is when a person is reliant on others in a nursing home to take care of them but they are intentionally made to fear that they will not be given basic necessities like food or water needed to survive.

Similarly, psychological abuse takes place when an individual is berated, tormented and intentionally causes stress or pain with threats, acts of humiliation or harassment against an individual.

Women in this older age group were also found to suffer more than one form of abuse at once than women under 80 in nursing homes.

Another common finding in nursing home sexual abuse cases shows that a diagnosis of Alzheimer’s or dementia or any form of memory loss or confusion “was present at a higher rate among nursing home residents” who had been sexually abused versus those in nursing homes who had no such condition.

As an individual becomes older, they often lose out on the cognitive functions that they used to have.  This is much more problematic when the individual has conditions like dementia or Alzheimer’s.

Financial abuse and neglect are on the rise according to the U.S. Department of Health and Human Service’s National Institute of Again.

In one example they give as a case study sample they note an elderly man in his 80’s who could no longer drive to the bank every month to pay his bills.

When this happened he allowed his grandson to withdraw money monthly to pay his bills for him, but over time, the balance seemed lower than it should have been.

This is a form of financial exploitation.  Financial abuse, exploitation and neglect are each unique situations that take advantage of an elderly individual and their money.

According to the US DHHS and the NIA, these three can be understood as:

Physical abuse is has been identified by regulators in the nursing home industry at a relatively frequent rate.

Case studies have found that physical abuse was one of the top five complaints registered in many nursing homes.

Physical abuse also increases when there are behavioral symptoms in an individual.  This includes when a nursing home resident shows signs of things like physical aggressiveness.  In cases like this, the staff do show higher levels of abuse by staff in nursing homes.

There are many case studies on nursing homes that show that when the staff are strained, overworked and placed in stressful positions, they have a higher chance of physically abusing a resident.

More recent abuse in studies have suggested that there are ways to mitigate this, such as better training, better hiring and more oversight in nursing home settings.

Get Help With Your Nursing Home Abuse Case

I have handled hundreds of nursing home abuse, neglect, sexual assault, and malpractice cases and investigations.

If your friend or family member was hurt in a nursing home, do not let them become a statistic.  Hold the bad facility accountable.

Let me go after the nursing home for you, to get answers, and to get justice.  Contact 24/7 using the contact form below.

Institute of Medicine (US) Food Forum. Providing Healthy and Safe Foods As We Age: Workshop Summary. Washington (DC): National Academies Press (US); 2010. 2, Size and Demographics of Aging Populations. Available from: