Having handled multiple broken femur settlements, including from nursing home falls and from vehicle collisions, I have a good grasp of the different variables which impact the settlement value of a broken femur case.

Below, I’ll give you the 411 on broken femur settlements, walk you through some real life examples, and outline average values for this injury.

If you have questions after reviewing my research and writeup or want legal help with your broken femur settlement, fill out the contact form below or send me an email.

5 – How to Increase Your Average Settlement for a Broken Femur 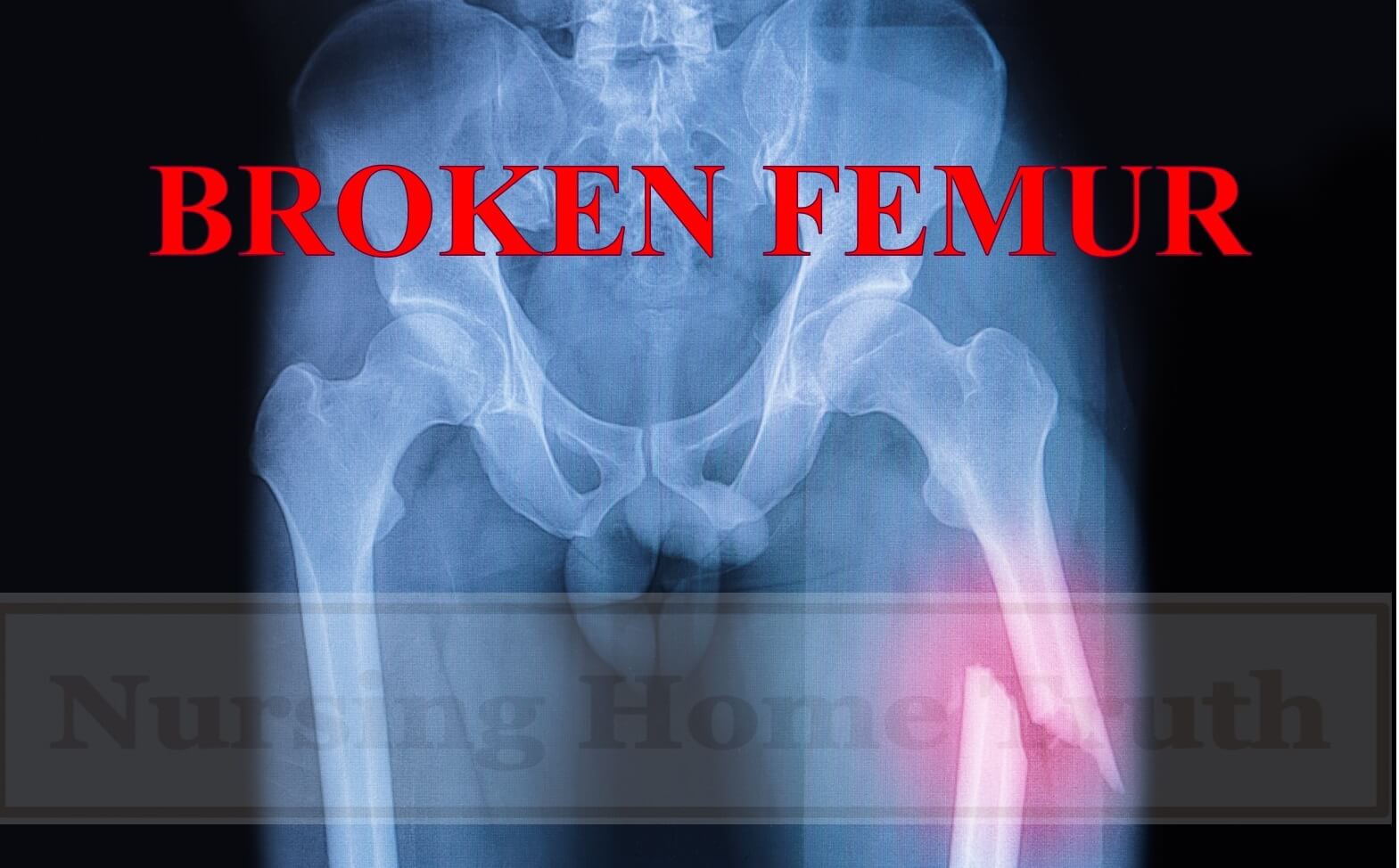 The average settlement for a broken femur in the state of Maryland mirrors the amounts seen in most states in the US.

It is possible that average settlements for a broken femur can have values lower than this, or higher.  Keep in mind that the greatest percentage of cases in this average are car accidents, and those settlements will be less than a settlement for this same injury in a nursing home.

These higher settlement values are related to circumstances that aggravate the injury due to negligence on the part of care workers who are supposed to help ensure injuries like a broken femur are mitigated.  Also, factors such as drunk driving by a defendant can increase the value of a case and settlement.

Some samples of settlements and verdicts seen in Maryland are listed below for reference:

Broken Femur Maryland Sample #1: Female nursing home patient was left unattended which led to a fall and subsequent settlement for a broken femur

$100,000 (Maryland):  A 78-year old female nursing home patient passed away from pneumonia which she contracted while in the hospital.  She was in the hospital to start with because a nursing home attendant left her alone in the bathroom which led to her having a fall and breaking her femur bone.  The family also contended that this was negligent because the staff knew that the patient had a history of falls and dementia and was not supposed to be left alone.

Broken Femur Maryland Sample #2: Disabled elderly male resident of a nursing home was assaulted by a male staff member leading to the nursing home settling for the resident’s broken femur

$30,000 (Maryland): A disabled male resident of a nursing home was accosted by a male staff member who caused both his femur bone to break as well as causing injuries to the arms and shoulders.  Plaintiff argued that the nursing home had failed to hire, train and supervise their staff in an efficient manner which directly led to the injuries the resident suffered.

Broken Femur Maryland Sample #3: 96-year old female nursing home resident settled for her broken femur after being dropped while being transferred to her bed

$273,000 (Maryland): A 96-year-old female suffered a broken femur after she was dropped by staff at the nursing home.  They were attempting to move her from her wheelchair to a bed when they dropped her causing a fracture of her right femur.  The injury progressed poorly and ultimately there was the need to amputate the left leg while the right leg was not able to heal to any normal level again.

Broken Femur Pennsylvania Sample #1: A settlement for a broken femur was agreed on after a patient was dropped from his bed while staff were attempting to put him into a wheelchair

$50,000 (Pennsylvania): An 81-year-old male resident of a nursing home suffered a femur fracture when got stuck under a wheelchair as staff were attempting to move him from his bed into a wheelchair.  The plaintiff argued that the staff were not properly trained and this caused the mistake that led to the leg being caught under the wheelchair and the femur breaking.

$20,500 (Pennsylvania): An 87-year-old female stated that she suffered a break in her left femur when the staff failed to supervise her on a wheelchair and did not use the leg rests on the wheelchair properly which led to the injury.  The plaintiff further argued that the nursing home had not properly trained the staff which further led to the poor practice that led to injury.

$215,000 (Pennsylvania): An 86-year-old female suffered a fractured femur when she fell out of bed.  The staff were accused of failing to properly secure the bed and also failing to provide adequate and timely help after already failing to supervise and monitor the patient.

Nationwide in the US the average settlement for a broken femur is between $150,000-$200,000.  The major variables that impact the settlement will be how bad the injury is, how difficult the recovery is and the existing health of the injured person.

A broken femur is a serious injury that can result in death and will most likely require extensive medical treatment that is invasive, expensive and painful.

The recovery process also includes physical therapy that can last for months and lead to loss of income and an inability to participate in usual activities.

The settlement that a person receives can be maximized if these variables affect them, i.e. being forced to miss work or being forced to retire from existing work due to inability to be physically active.

Average settlements fluctuate based highly on variables like age, existing health, current employment status and industry and hobbies which the injured victim is and was currently involved with prior to the injury.

Age and previous health status have an impact on an individual’s chances of breaking their femur bone.  Over 250,000 nursing home residents break a serious bone like their femur or hip every single year and nearly 70% die from injuries like this. 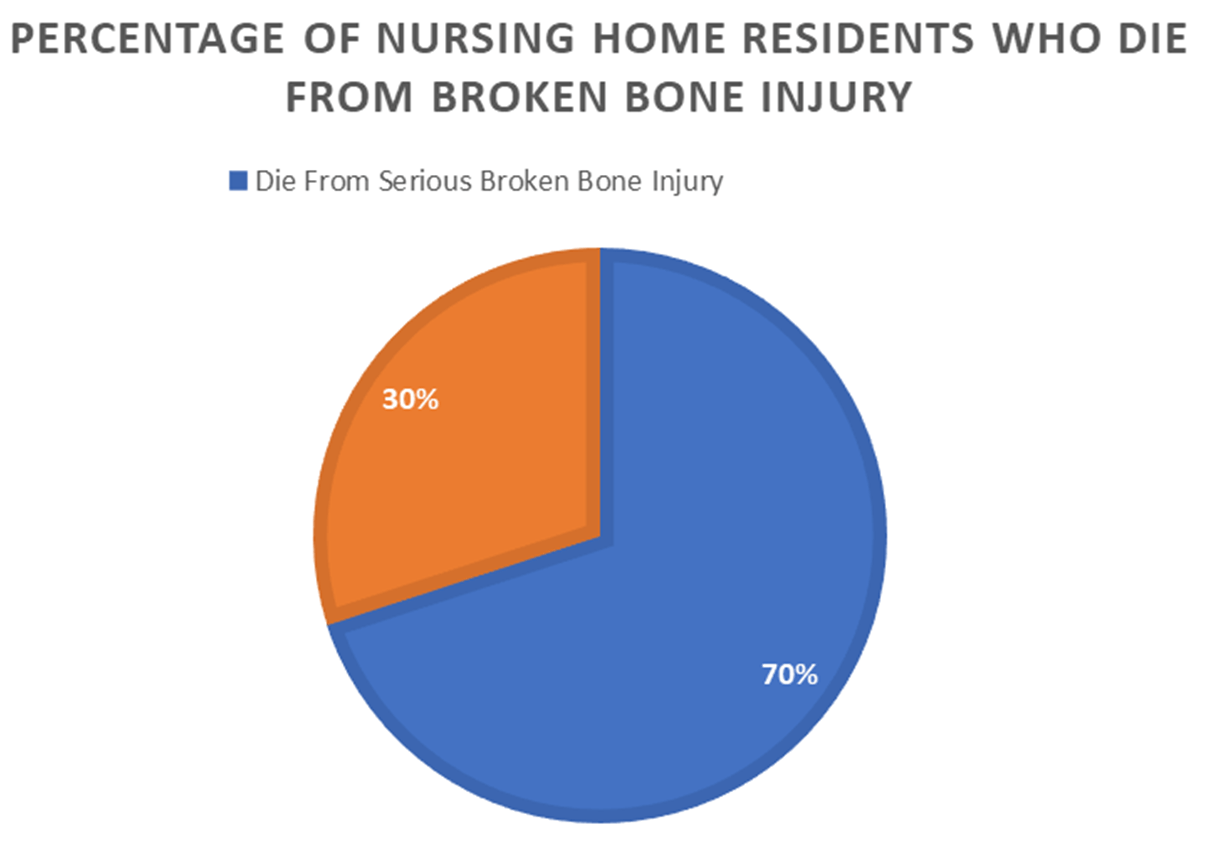 This age and health status will have an impact on average settlements for a broken femur with those in a nursing homes often have a lower settlement value.

This is not absolute as severe negligence can still ensure that the average settlement for a broken femur is on the higher end.

As a starting point, those in nursing homes have a much higher chance of suffering a broken femur and also are at higher risk of dying from a broken femur.

When nursing homes are incapable of preventing these accidents leading to broken femurs, they are failing in their duties as research has shown that up to an 81% reduction in risk of death can come through better training treatment in nursing homes.

One study showed that the problem in nursing homes was their perception of falls and what was important.

What they found to be important was not preventing falls, but treatment of falls.  This highlights how prevention and proper training of staff to protect residents of care homes are not being given their due attention.

When a nursing home is found to be lacking in its training, hiring and supervision, there can be a maximization of the average settlement for a broken femur as this shows a clear area of company wide negligence in the nursing home.

Does this all affect the average settlement for a broken femur?  Yes.

At the end of the day, age can reduce the average settlement for a broken femur, but other factors like negligence, lack of training, and supervision can all lead to increases in settlement value.  The average for nursing home broken femur settlements hovers closer to the $200,000 mark, but will be very fact dependent.

How to Increase Your Average Settlement for a Broken Femur

I don’t like saying this, but the only sure fire way to increase your average settlement for a broken femur is with a lawyer.  Not just any lawyer, but one who is familiar in building a damages case to highlight the non-economic impacts of your injury, and also exposing the wrongdoer’s vulnerabilities which increase case value.

If you suffered a broken femur injury and need help, I am happy to chat with you for a free consultation, even if you have no interest in recruiting my help.  In the end, I want victims to receive justice, and if you are nursing a femur injury you deserve just that.

Broken Femur Injury lawyer Near You in Baltimore, Maryland & Beyond