How Long Do Depositions Last ?

How Long Do Depositions Last ?

I know you want a simple numeric answer to this question, but if anyone gives that to you do not trust it, it is wrong.

How do I know?  I have handled 200+ depositions, and I know for a fact there is no reliable number that applies universally.

You can, however, get some bracketed ranges of how long your deposition might last by figuring out the answer to certain questions.

I go through those for you below.  I hope this gives you some peace of mind for your upcoming deposition.

Determining Facts for How Long A Deposition is

1 – Deposition Length Based on Deposing Attorney

2 – Deposition Length Based on Defending Attorney

5 – Other Factors Re: How Long a Deposition Lasts

6 – How Long Does a Deposition Typically Last?

Deposition Length Based on Deposing Attorney

Most attorneys have a style.  They also have template outlines depending on the case and witness type.

For example, I maintain a private library with over 50 deposition outlines for different situations/witnesses that I’ve created over my years of practicing law.

Some of the outlines are 3 pages, and some are 27 pages.

Thus, one of the biggest factors in how long your deposition will take is the personal style of the deposing attorney. 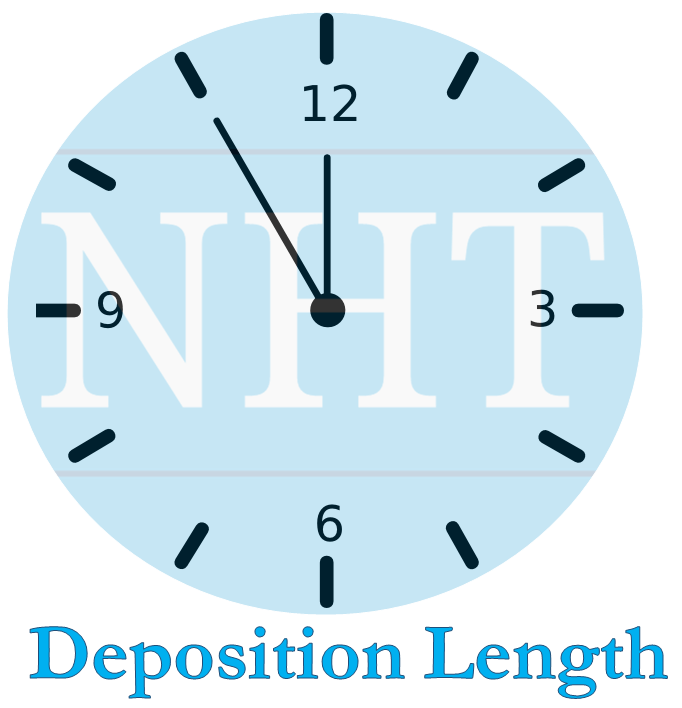 Deposition Length Based on Defending Attorney

The defending attorney is the attorney whose client is being deposed.

That attorney can follow the deposition rules, which limit interruptions and speaking.  Alternatively that attorney can cheat, break the rules, constantly speak, interject, and try to coach the witness with illegal objections.

I’ve been involved in dozens of depositions with multiple lawyers and firms.  Statistically, I would say the insurance and/or defense lawyer is the cheating rule breaker 90% of the time.  I’m referring specifically to breaking the rule on objects, speaking objections, and coaching the witness.

Naturally, this prolongs the deposition, due to the fault of the defending attorney.

If you are evasive, expect things to drag out for two reasons:

◊  The attorney will go in circles until you stop being evasive

For so many reasons, being evasive, cheeky, or witty, will not help you in a deposition.  You will get smoked.  Do not do it.  Give clean, straightforward answers, and the deposition time will be cut down tremendously.

Some court rules dictate how the deposition can last.  For example, in Maryland it is limited to seven hours.

Similarly, if your deposition is in Federal Court, the Federal Rules of Civil Procedure also limits depositions to seven hours.

Don’t let that freak you out, it is highly unlikely that your deposition will last that long.

Other Factors Re: How Long a Deposition Lasts

Here are a few other miscellaneous factors that will control how long your deposition lasts.

These are usually unplanned, and sometimes unexpected.  Sometimes an emergency for another case pops up for an attorney in a deposition, and they have to take a call.  I’ve had breaks cause 90 minute delays in prior depositions.

I once had a deposition take two hours before we even started due to technical difficulties with the court reporter’s equipment.  You can’t plan for this type of thing, but it does happen.

How Big The Case is

If the case genuinely has value over 100k (not based on what you think, but based on unbiased analysis), it will take longer.

If the case is worth over $1M dollars (again, genuinely), eat a big breakfast and bring a snack, you have your work cutout for you.

How Important The Witness is

But remember, you must balance that with how big the case is and its complexity.

Take for example the O.J. Simpson trial. There were police officers at the scene were deposed for hours.  If it was a police officer in a basic rear-end collision, that would be a 20 minute deposition of the officer.

How Complex The Case is

In my medical malpractice and tractor trailer crashes, the depositions are almost always all over 3 hours.  The bigger the case, the longer your deposition will take.

The simplest cases are vehicle collisions where nobody died and no surgery happened as a result of the crash.  On average, those should be the shortest depositions time-wise.

How Long Does a Deposition Typically Last? 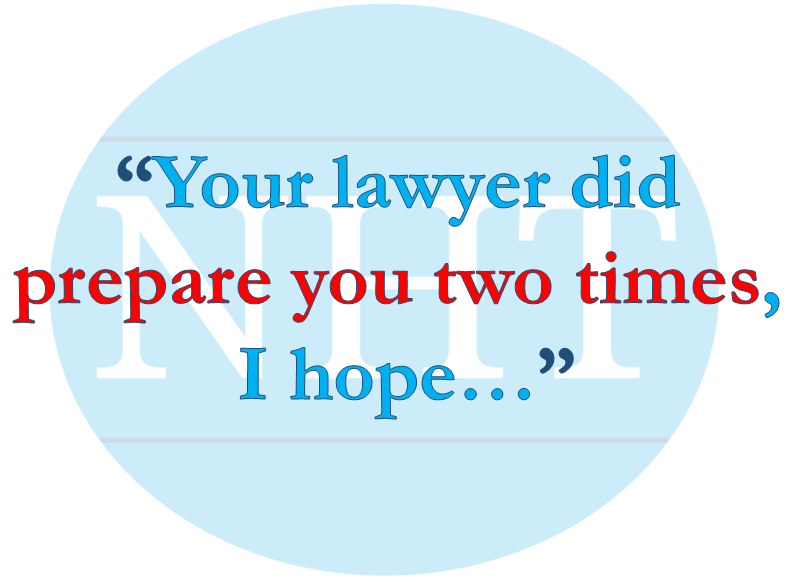 Without knowing the details of your case, the only honest answer a lawyer can give to this question is your deposition will take between 15 minutes and 4 hours, on average, depending on a variety of facts.

I would also guesstimate that mundane vehicle collision depositions of plaintiffs are usually under three hours, and for defendants it is under two hours.

By the way, I’m not including the pre-deposition preparation.  I prepare with my clients two times.  Once a few weeks before the deposition, and again the day of the deposition.

Your lawyer did prepare you two times, I hope, especially if this is your first deposition (if your only prep was the morning of the depo before it happened, you have a bad lawyer).

If you are worried, call your lawyer and demand additional preparation time in advance of the deposition.

Focus on the quality of your answers, not how long the deposition will take, and you will do fine.

Bariatric Times, Depositions: What Your Lawyer May Have Forgotten to Tell You, Julie M. Janeway, BBA, MSA, JD, May 10, 2007